Mindfulness vs. Psychotherapy: Discerning The Difference 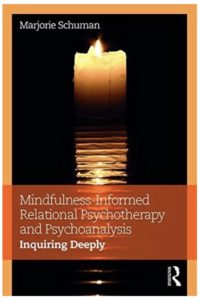 Mindfulness is the meditative heart of Buddhism, and it seems to have found a secular home in western psychotherapy. This makes sense because Buddhist practice, like psychotherapy, is fundamentally a method for addressing psychological pain.

An implicitly psychotherapeutic view of Buddhist practice is also invited by the work of contemporary dharma teachers who have been educated in western psychotherapy and who have been the authors of our current Buddhist psychological narratives. For example, when we look at inspirational stories of transformation which occur during mindfulness meditation practice (such as those recounted in Jack Kornfield’s books) we see that they can be aptly described either as dharma practice or as Buddhist psychotherapy. Both narrative frameworks feel valid.

However, there are also confusions created when psychotherapeutic and Buddhist narratives are conflated. Healing in the psychotherapeutic sense is not the intended goal of Buddhist practice. Buddhist practice is defined in its own terms; it aims towards a radical re-contextualization of identity in which suffering ceases to have its usual personal meaning and significance. This goal, “liberation”, is distinct from psychological healing.

Psychotherapy is intended to relieve pain by untangling the relational knots which engender psychological suffering. In contrast, dharma practice is a method for radically transforming our relationship to the entire field of our experience — our fundamental way of perceiving and being — in a way which obviates the necessity for untangling. In any event, mindfulness cannot be adequately understood apart from the Buddhist philosophy from which it derives.

The distinction between the psychotherapy and Buddhism is well summarized in the following quote from Buddhist teacher Patrick Kearney: